New Interracial/Multicultural Romances
By
Imari Jade
Hello Everyone,
This is a promo for my latest interracial and multicultural romances releases. I have two very special ones this time.

Silver Bells
A rich fashion designer meets and falls in love with a candy maker from Louisiana. 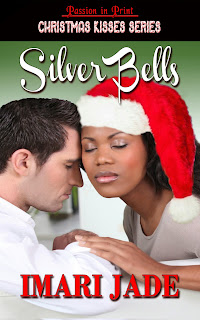 Ex-fashion model turned designer Sterling Silver comes to the aid of Louisiana candy maker Bree Lafitte after she gets knocked down by a big dog while delivering a birthday cake to the home of one of his friends. Sterling sees the humor in the situation until he looks into the eyes of an African American goddess and he loses his heart to the southern beauty.

Bree loves her job as a candy maker. After agreeing to supply the desserts for Sterling's annual Christmas Gala, Bree finds herself up to her elbows in holiday orders and a handsome man vying for her attention. Will she follow her heart and get the man of her dreams? 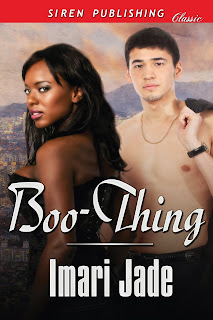 When Lacey Davis’s business partner dies she fears she has to deal with Chin-Sun, the man’s wife who has never liked her and often accused her of sleeping with her husband. As a twist of fate Duck-Young leaves his half of the company to his twenty-four-year-old son, Seung Kwang, with the stipulation that he remain in South Korea. If not the entire company goes to Lacey.
Chin-Sun, pissed for being left out, plots to get her hands on Kwang International even if it means sacrificing her relationship with Seung to get it. Twelve years ago Chin-Sun sent Seung away to boarding school in Switzerland because she was jealous of the attention Duck-Young gave to him. She also did it to separate her son from Lacey after she noticed how much Seung looked up to the older woman. Seung is all grown up now and he can care less about the business. All he wants is a romantic relationship with Lacey Davis.
A Siren Erotic Romance

Imari Jade
Posted by Imari Jade at 8:58 AM